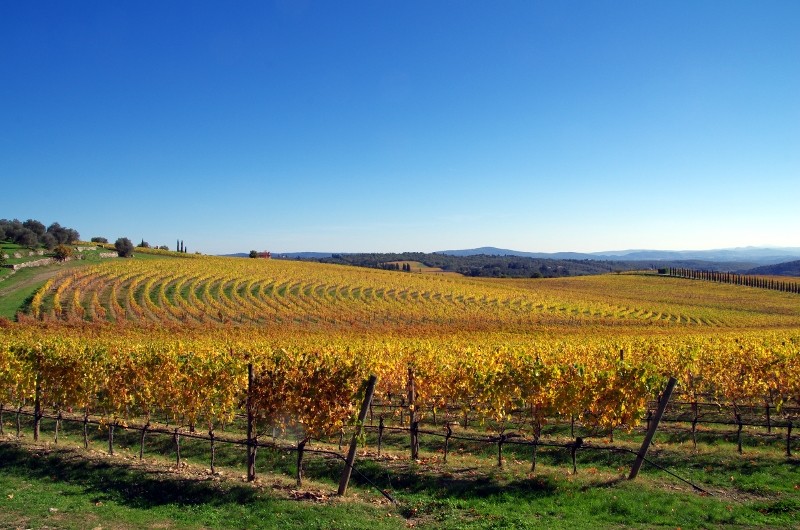 Tuscany, Chianti, Valdarno (Arno Valley), The area enclosed between the cities of Florence, Arezzo and Siena

The farm is located in the hills of the Valdarno, a territory that is wedged between the Chianti hills and the mountains of Pratomagno, in the path of the river that goes from the territory of Arezzo to Florence.

The Valdarno, historically belonging to the territory of the Duchy of Florence, was border territory between Florence Arezzo and Siena and it was mostly built and fortified by the lordship of Florence.

It was an important centre, in the Middle Ages and the Renaissance and it still is a focal point for Tuscany and Italy: the most important communication routes have been passing here since Roman times with the old Via Cassia until today with the main Italian highways and train lines linking, connecting the North and the South of Italy through Milan, Rome and Naples

Note: a particular note to the several outlet stores of top fashion brands such as Gucci , Prada and many more .

The ancient Roman road Cassia , today known as Seven Bridges Road, crossed the Valdarno (Arno valley) on the Pratomango slopes where there are bridges and Romanesque churches, such as Ponte Buriano, which apparently is the portrait bridge in the Mona Lisa by Leonardo da Vinci and such as the Gropina parish church, one of the best preserved Romanesque churches ever. The towns of Montevarchi, San Giovanni, Figline Valdarno and Castelfranco di Sopra were built by the Florentines. Travelling towards Florence Reggello, on the Seven Bridges Road, it is impossible not to mention the Benedictine Abbey of Valombrosa and the Moorish castle of Sammezzano. 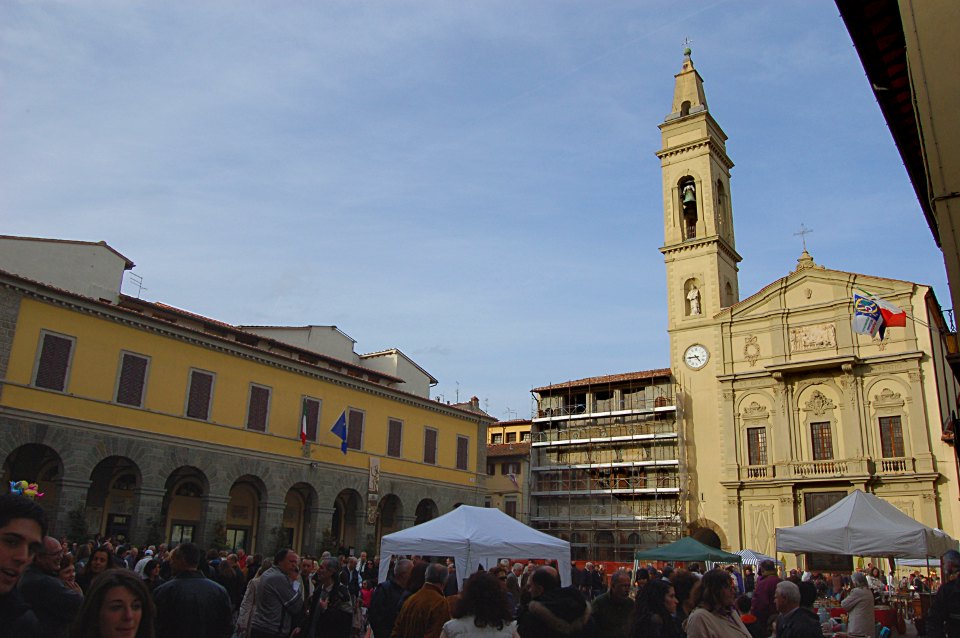 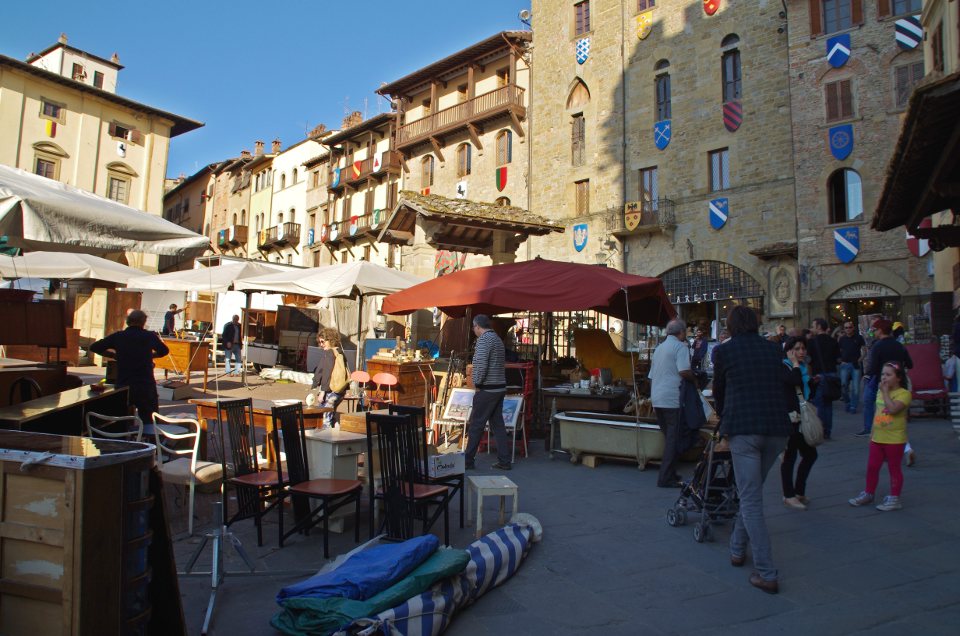 Arezzo, is one of the most beautiful cities of Tuscany and also the city of Vasari, who is considered the founder of the history of art. Here, you can admire the frescoes by Piero della Francesca in the basilica of San Francesco. Civitella in Val di Chiana is a medieval village overlooking the Val di Chiana from the north up to Mount Citona; from there you can easily reach the ancient Etruscan town of Cortona. From the other side of the Pratomango, beyond which lies the Casentino, you can visit Poppi with the castle of the Counts Guidi.
A short distance from Arezzo there are Anghiari, the Franciscan Hermitage of Camaldoli, Monterchi and Sansepolcro

Florence is one of the beating heart of Tuscany, if not of Italy and Europe. It is the birthplace of the Renaissance, with its unique architecture, which now is breeding ground for new artists, fashion, food and quality wines.
We advise you to catch the train from Montevarchi to the central station of Santa Maria Novella; from there you can take a beautiful stroll sightseeing the streets and visiting the museums.
Don't miss Fiesole, Greve in Chianti nearby. 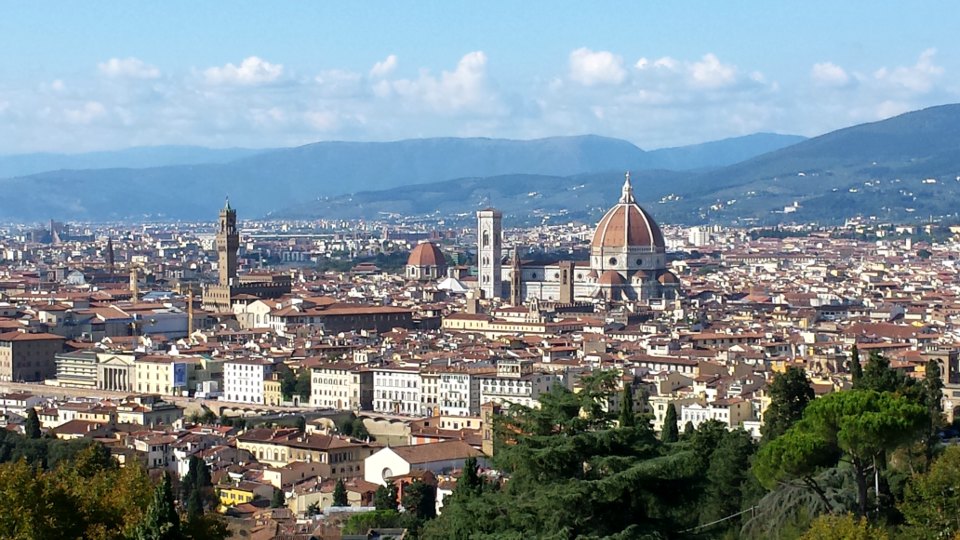 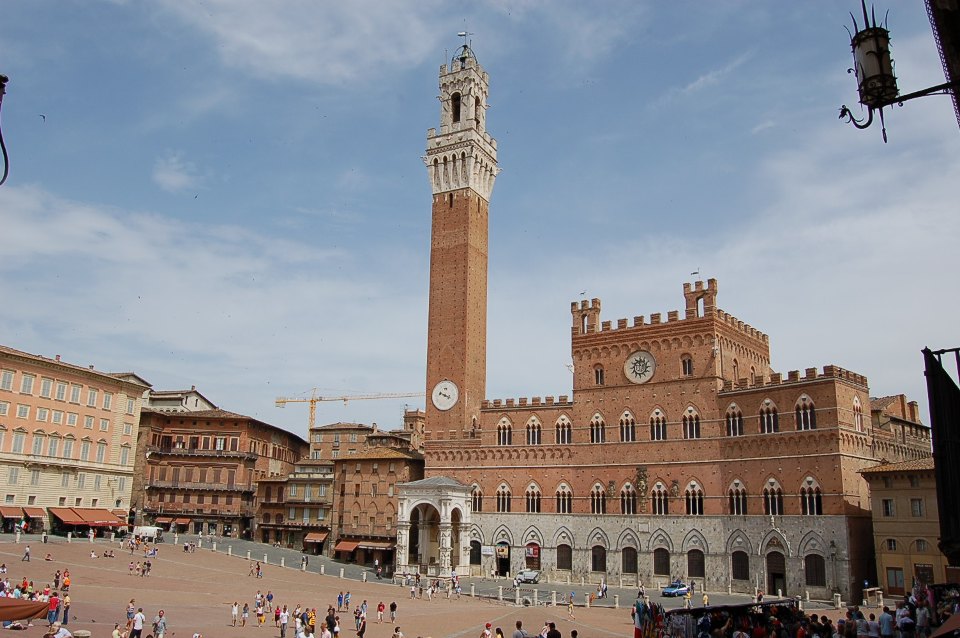 Siena is the Tuscany landscape par excellence, from the hills of Chianti, Crete Senesi to the Val d'Orcia; the number of feasible excursions is nearly endless; Chianti classico, Castelnuovo Bardegna and Siena can be easily reached by car from Montevarchi.
Traveling South are the Crete Senesi, Montepulciano and Pienza, overlooking the Val d'Orcia.
To the West, Pienza is dominated by Montalcino, Southeast by the fortress of Radicofani, the route that watched over the via Francigena towards Rome.

Pisa, with the Square of Miracles and the leaning Tower is one of the tourist destinations in Tuscany to visit; nearby there are Lucca, with its beautiful walls, and Livorno.
If you fancy a trip to the sea, , you can reach the Maremma in 1 hour and a half where youc can stopover the beautiful natural park of Uccellina, or the beaches of Marina di Grosseto and Castiglione della Pescaia.
If you want to stretch a little on the old road Massetana, you can visit the great Abbey of Saint Galgano and the sword in the stone.

Umbria is the natural extension of Tuscany, val Tiberina which proceeds South from San Sepolcro in Città di Castello, Umbertide, Lake Trasimeno and the natural border of the val di Chiana, Orvieto on the way to Rome; Perugia is reachable in about 1 hour and a half by car.
Rome is about a 2.30 drive, but it can be easily reached by train.